Bacterial Artificial Chromosomes (BACs) are ultra-low copy vectors that can hold up to 300 kb of genomic fragments, making them ideal vectors for introduction of entire genes including the regulatory regions for disease modeling with transgenic animals. BACs are traditionally difficult to modify with restriction enzymes and ligases because of their large size. Applied StemCell uses homologous recombination to introduce precise changes into BACs for your specific experimental needs. Virtually any desired modification can be introduced into a BAC, including insertion of reporter genes, point mutations, Lox-STOP-Lox conditional modifications, and more.

Our custom BAC services include:

Case Study: Creation of GFP-Gene-of-Interest in a BAC

Goal: The purpose of this project was to generate a BAC targeting vector at the locus of GoI (Gene-of-Interest). 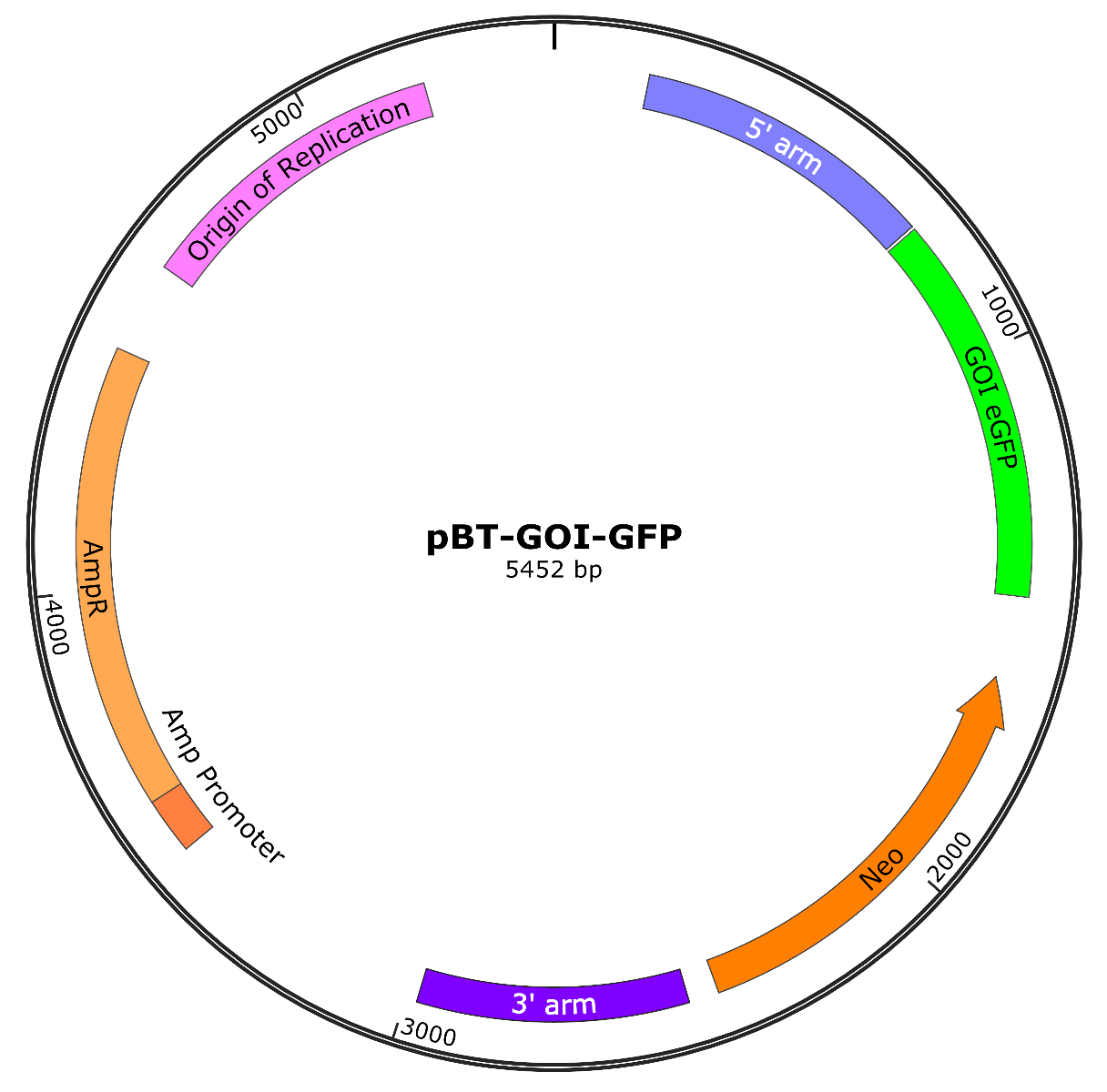