If you have your own iPSCs you would like to differentiate into HPCs, NK cells, or T cells, ASC provides standard and customizable iPSC differentiation services using your iPSCs or one of our iPSC control lines. We can even generate iPSCs from your tissue sample. Once you have the iPSC differentiated cells you required, our experts can help you develop any assay you may need for your research, including NK Cell Cytotoxicity Assays.

Characterization of the ASE-9708 NK Cells

Characterization of the ASE-9720 T Cells 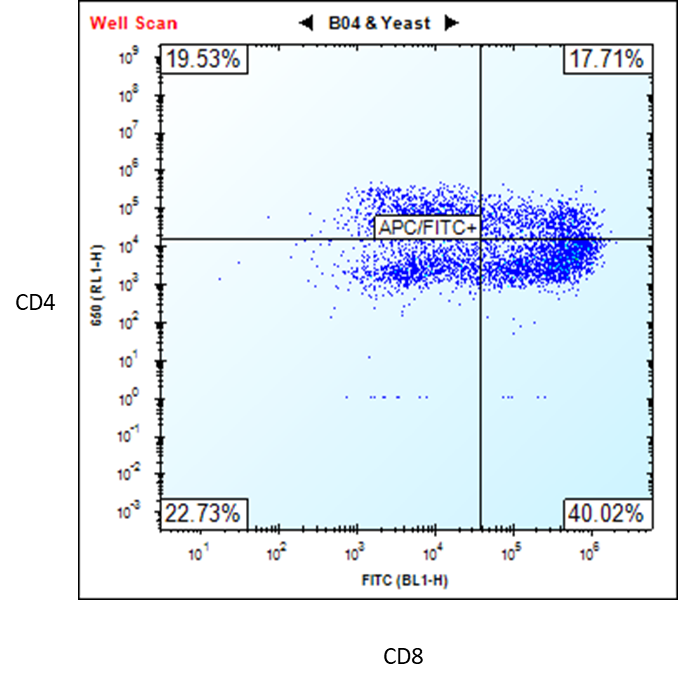 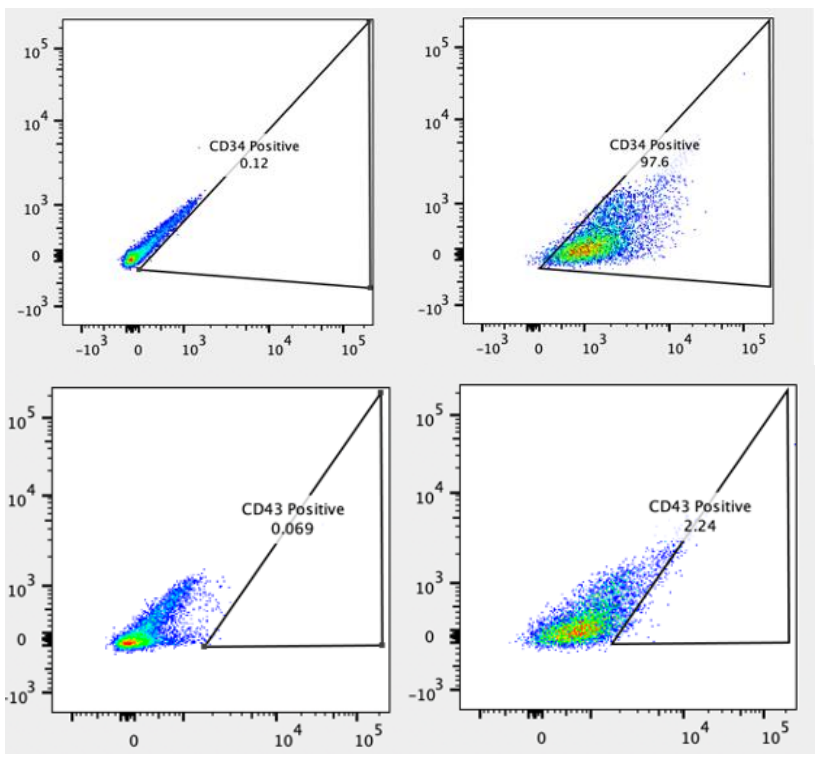 Applications for iPSC-derived immune cells include:

Although a great success initially in cancer remission and treatment, there are limitations in the technology such as: limited to autologous (patient) T cells, loss of naïve T cells and persistence of long-term immunologic memory as T cells acquire effector functions, and T cell exhaustion due to repeated activation of T cells in cancer patients which severely reduces the amount of cells that can be harvested from the patient. Such limitations may be overcome by using T cells differentiated ex vivo from iPSCs reprogrammed from patient cells. These T cells have rejuvenated T cell characteristics and can be produced in high numbers with consistent and reliable quality. Additionally, iPSCs can be genetically engineering more efficiently than primary T cells and can be used for generating CAR-T and TCR-T cells for immunotherapy applications.

Natural Killer (NK) cells are a type of lymphoid cells that originate from the same progenitor as T cells and B cells. They are an important part of the innate immune response. NK cells are activated in response to interferons or macrophage-derived cytokines. They recognize “non-self” cells without the need for antigen presentation or recognition, executing a rapid immune reaction. The broad cytotoxicity and rapid apoptosis induced by the NK cells help contain virus-infected cells and controlling early signs of cancer while the adaptive immune response is activated to produce cytotoxic T cells to clear the antigens. With the improving success rate of CAR-T cell therapy, scientists are exploring the NK cells to engineer them for CAR-NK cell therapy to target cancer cells. CAR-NK cells have certain advantages over CAR-T cells in that they retain their natural tumor recognition and killing ability; they do not require strict HLA matching and lack the potential to cause graft-versus-host disease (GvHD), they do not have the same safety concerns as seen with CAR-T cells such as cytokine release syndrome, and therefore they can be generated from allogenic donors and possibly developed as off-shelf therapeutic products.

However, purification of NK cells from allogenic hosts is critical since residual T and B cells may cause GvHD and other complications. Primary NK cells are difficult to harvest, purify, and transfect/transduce, and result in a heterogenous population. They are also difficult to standardize due to the heterogeneity in starting material from different donors. As well, the generation of large quantities of highly pure NK cells requires an extended manufacturing process which can compromise recovery of NK cells, their viability, and potency. Therefore, iPSC-derived NK cells offer a consistent and renewable starting material to provide standardizable NK cells without the dependency on donors and complex harvesting and purification processes. They offer a method to generate homogenous populations of CD56+ CD45+ NK cells and subsequently to generate CAR-NK cells for targeted allogenic cancer immunotherapy, even solid tumors.

FAQs
T Cells: Can the T cells be passaged?
We do not recommend passaging the cells.
T Cells CD8+: How long can we culture the CD8+ T cells from the frozen vial?
We recommend you use the T cells within a week.
NK Cells: Can the NK cells undergo proliferation?
It is not recommended.
NK Cells: Can I order the media provided in the iPSC-Derived Human NK Cell Kit (ASE-9708) separately?
No.
NK Cells: What’s the known average cell viability after thawing the cryopreserved NKs?
80% - 90%
NK Cells: For how long have these NK cells been expanded before freezing down? (Culture period after iPSC generation)
Approximately one month.
NK Cells: If these NKs won’t proliferate long enough, how soon will be suitable to do functional assays on that?
Approximately one week.
HPCs: What is the ability of iPSC-derived hematopoietic progenitor cells to proliferate and differentiate into microglia?
HPC is the first stage of microglia differentiation.
HPCs: Can the HPCs undergo expansion?
We did not test HPC ability for exact passage numbers, but in our experiences, we have no problems passaging to 5.
HPCs CD34+ : In the step 2.2 : ¨add required hematopoeitic cytokines and growth factors into HPC culture basal media¨ Does that means the media is not ready to use? What type of cytokines and growth factors should I add?
We do not include cytokines in our culture media since customers will use these HPCs for their own purpose. For maintenance and expansion of HPCs, we recommend adding flt3 ligand, SCF (stem cell factor), IL3, IL6, and TPO (Thrombopoietin) to make complete media. UM729 (1uM) can be included in the media to enhance HPC self-renewal.
HPCs CD34+: What is the indicated coating for this type of cells? Should I coat the plate even if I use an ultra-low attachment plate?
For HPC expansion, coating is not necessary. Simply detach any attached cells by pipetting.
HPCs CD34+: What is the best plating density?
For HPC expansion, we recommend seeding 1 vial of the cryopreserved HPCs (1 million/vial) into a 10cm dish or a 6-well plate.
HPCs CD34+: If I expand the cells can I use tryple for passaging?
No need to use tryple for passaging suspension cells. Just simply dilute the suspension cells and transfer them to new plates.
HPCs CD34+: How many passages can I do? For how long are they still progenitors?
HPCs have limited self-new capacity. We recommend maintaining HPCs for ~1 week in vitro. You may observe 5-20x increase in cell number. Prolonged in vitro culture may decrease % of CD34+ cells and increase % of downstream lineages.
HPCs CD34+: How often should I change the medium?
We recommend changing the media every 3-4 days.