The true potential of iPSCs and ESCs rest in its directed differentiation to different somatic lineages. As part of our comprehensive stem cell service platform, researchers can leverage our expertise in stem cell technologies and our cost-effective, reliable Stem Cell Differentiation Services for their developmental biology, disease mechanisms, and drug discovery research. 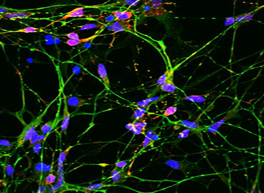 Custom service to differentiate your iPSCs into NSCs and astrocytes progenitors, along with optimized protocols for culturing mature astrocytes. 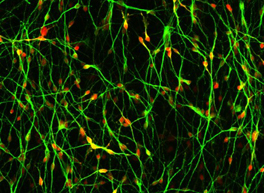 Customized service to differentiate your iPSCs into NSCs and further into midbrain dopaminergic (DA) neuronal precursors.

Applied StemCell provides a fully customized service to differentiate your iPSCs into NScs and further into oligodendrocytes precursors. 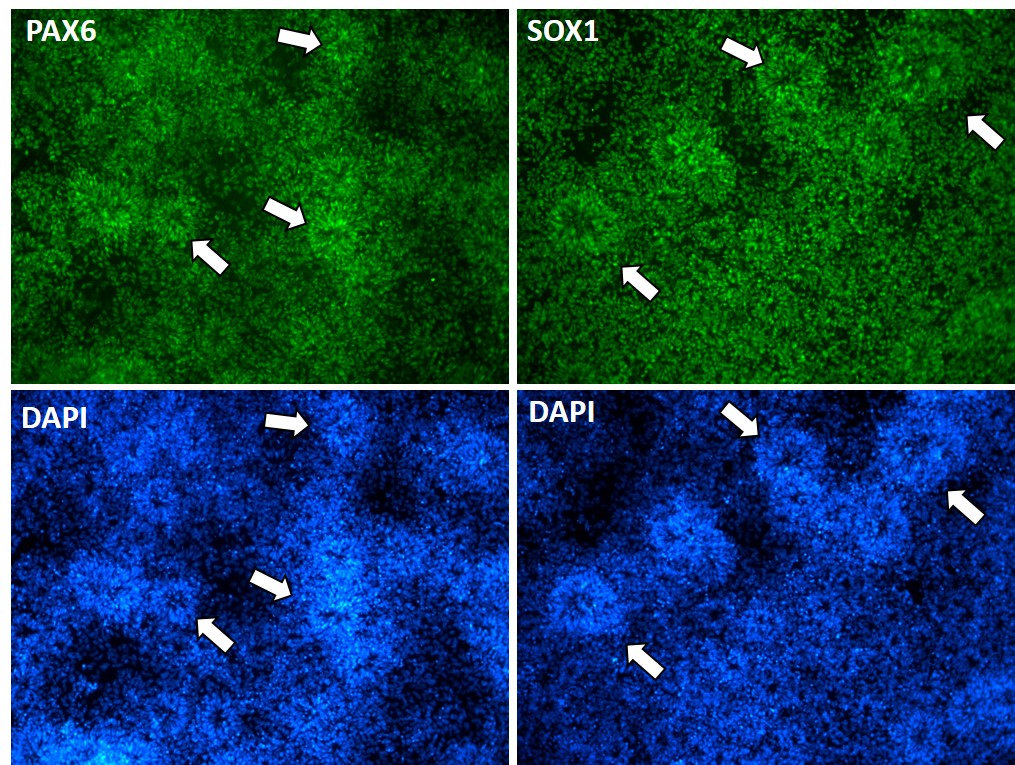 Induced Pluripotent Stem Cells (iPSCs) are exceedingly popular, like embryonic stem cells (ESCs), because their pluripotency allows them to differentiate into all three germ layers with the potential to differentiate into all cell types within the body, but unlike ESCs, they are not encumbered with the ethical dispute associated with the sourcing of ESCs. The true potential of stem cell technology lies in the directed terminal differentiation of iPSCs into specific somatic cells.

The process of iPSC differentiation to neurons and neuronal cells is of special importance for neurobiology and related disorders, considering the dearth of clinically relevant in vitro models available for research, drug screening and development, as well as the lack of therapy to reverse neuronal damage. 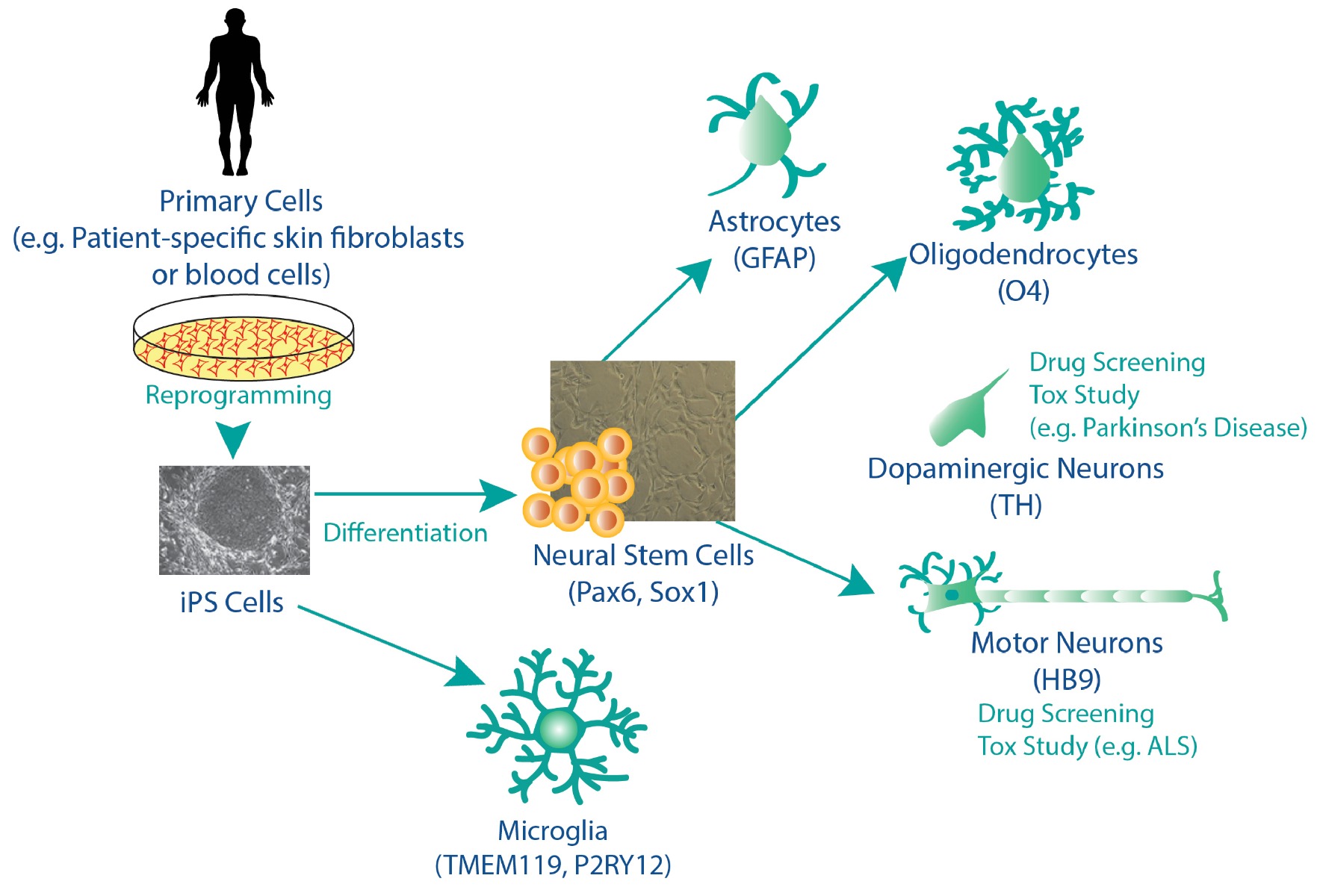