Save your Time, Money & Effort with our CRISPR-iPSC high throughput, automated platform for knock-in and point mutation iPS cell engineering. Applied StemCell (ASC) can produce viable, pluripotent iPSCs with any genetic modification you require, including single or double gene knockin, SNV corrections, and more. Our custom iPSC knock-in and point mutation services allow you to choose between 2 high-quality heterozygous or homozygous clones, or you can purchase additional clones for your basic research, disease modeling, cell therapy, or isogenic cell line development projects.

ASC also supplies CRISPR-editable and differentiation-proven control iPSC lines. We even offer downstream differentiation and assay development services. If you would like to learn more about how you can make the most of our CRISPR-iPSC service platform, schedule a free consultation today.

Goal: The purpose of this project was to genetically introduce a GFP reporter tag into control human iPSCs at a specified locus "A".

Two gRNA candidates were selected based on the proximity to the knock-in sites and off-target profiles, and functionally validated in a model cell line. The gRNAs that produced the desired NHEJ frequencies were then used for the transfection into the control human iPSC line. Single cell colonies were screened by genotyping

Figure 1. PCR genotyping screening of GFP knock-in at locus "A". Three sets of PCR primers for each knock-in line were designed to amplify PCR fragments flanking left homology region (5 arm), right homology region (3 arm), and reporter gene insertion region (M) (to identify homozygous clones). Both Clone#1 and 2 were homozygous as attested by absence of PCR band (when compared to WT) and further by Sanger Sequencing (not shown).

Goal: The goal of this project was to correct a point mutation (single nucleotide polymorphism; SNP) found in a mutant allele of the gene-of-interest in a patient-derived iPSC line.

The point mutation was corrected by co-transfection of CRISPR reagents: Cas9, validated gRNA, and a single stranded oligodeoxynucleotide donor (ssODN) into the iPSCs. The gRNAs were designed based on the proximity to the mutation seen in the mutant allele and functionally validated for optimal NHEJ frequency. The ssODN was designed to replace the mutation with wildtype sequence using homology directed repair (HDR). Off-target analysis was also performed for each gRNA (not shown). After transfection, single clones were isolated and genotyped to confirm desired mutation correction. One corrected clone was identified and confirmed by sequencing (Figure 2A and 2B).

Goal: To correct a point mutation (AGC > GGC) in a gene associated with neurological disorders in a patient derived iPSC line and generate a homozygous wildtype line.

1. Patient-derived iPSCs were obtained from the patient and the cell line validated. The sequence at the desired locus (neurological gene) was confirmed to be a heterozygous mutation (AGC/GGC).

2. After cell line validation and confirming presence of mutation in the desired gene, two gRNAs were designed and validated by mismatch detection assay in K562 cells and frequency of NHEJ events as a result of the gRNA-Cas9 complex and DSB was quantified using next generation/ deep sequencing (NGS). 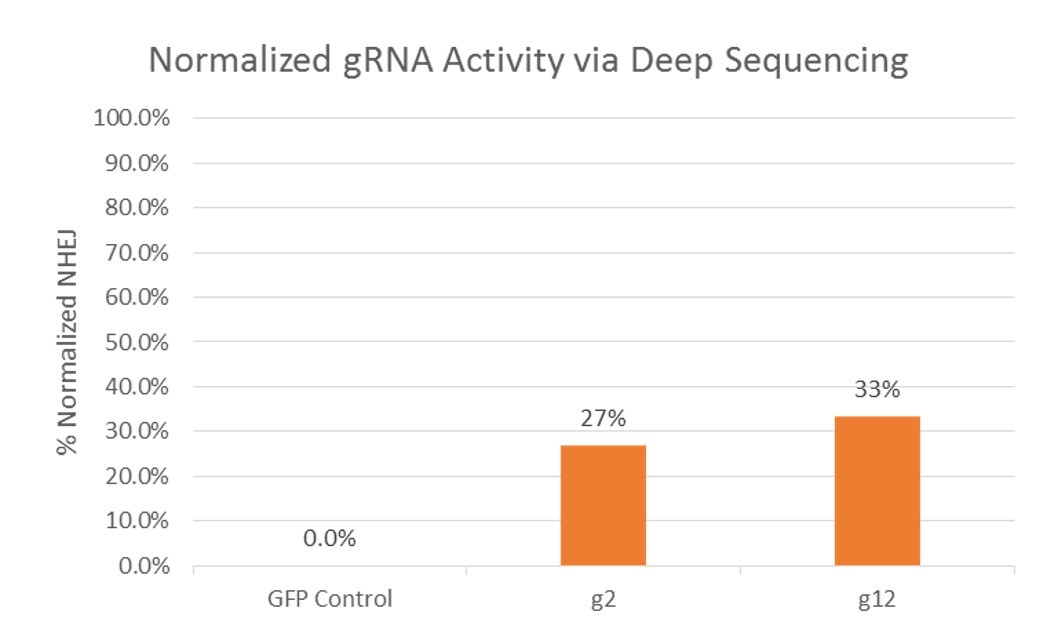 3. The Cas/gRNA and donor vectors were transfected into the hiPSCs. After a transient puromycin selection, single cell colonies were isolated and expanded. Individual colonies were then genotyped by PCR and sequencing. Positive clones were expanded, and the genotypes were further confirmed by sequencing. 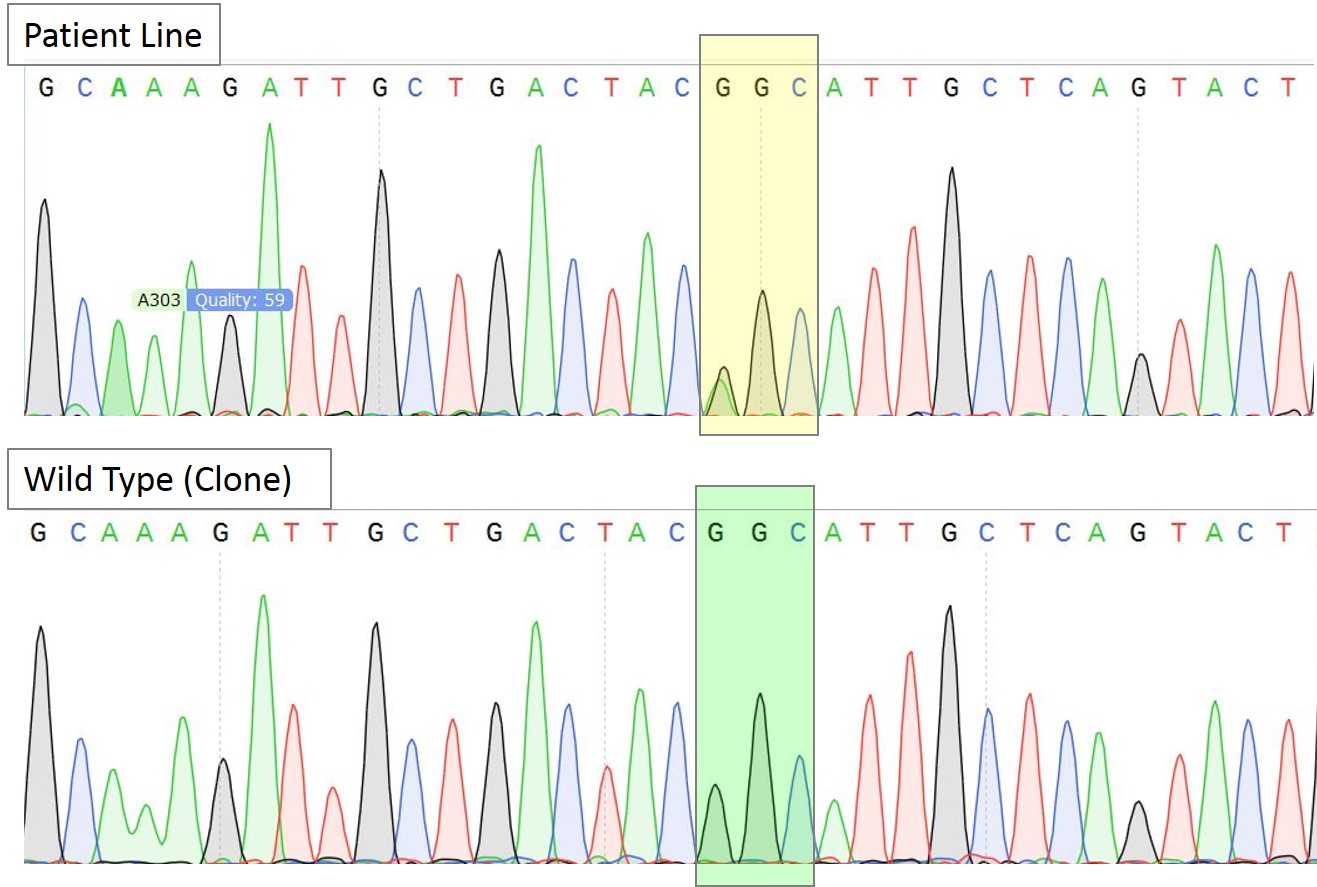 Figure 3B. Sequence alignment of representative homozygous clone (WT) and the mutation (the patient line). A silent mutation (GCA; yellow) was introduced in the donor sequence to prevent repeated recognition and cutting by the Cas9/gRNA complex at the modification site. The mutation correction is highlighted in green.