Applied StemCell (ASC) now provides the tools you need for in vitro 3D induced pluripotent stem cell (iPSC) cultures. The MyEZGel™ iPSC Matrix kit allows the formation of a 3D microenvironment for iPSC growth. With the MyEZGel™ kit, your cells do not have to undergo acidic or chill conditions, and the cells can be easily harvested from the matrix.

ASC also offers a 3D gel of our iPSC control line, ASE-9211. Our ASE-9211 “Master” iPSC line is being used as a benchmark material for developing measurements and standards for the rapidly evolving genetically engineered cells used in cell therapy research. Contact us today to learn more!

In Vitro Directed Differentiation to the 3 Germ Layers

The iPSCs were recovered and expanded using mTeSR on a Matrigel-coated plate. The cells were disassociated and seeded into a 6-well plate. For the differentiation process, the iPSCs were first treated with Knockout DMEM supplemented with Activin and Wnt3 for Endoderm induction, with BMP4 and Activin for Mesoderm induction, or with Dorsomorphin, SB431542, and Noggin for Ectoderm induction. The staining confirmed the presence of all three germ layers (ectoderm, mesoderm, and endoderm) and the differentiation potential of the 3D cultured iPSCs to all three germ layers. 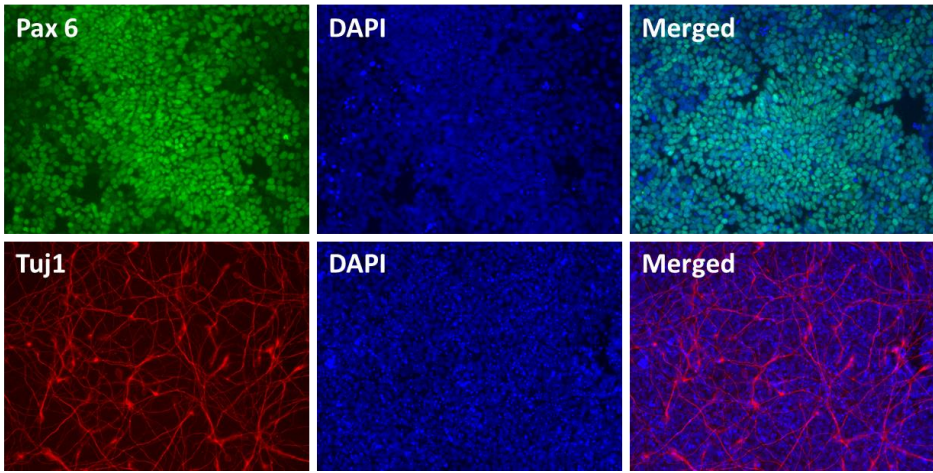 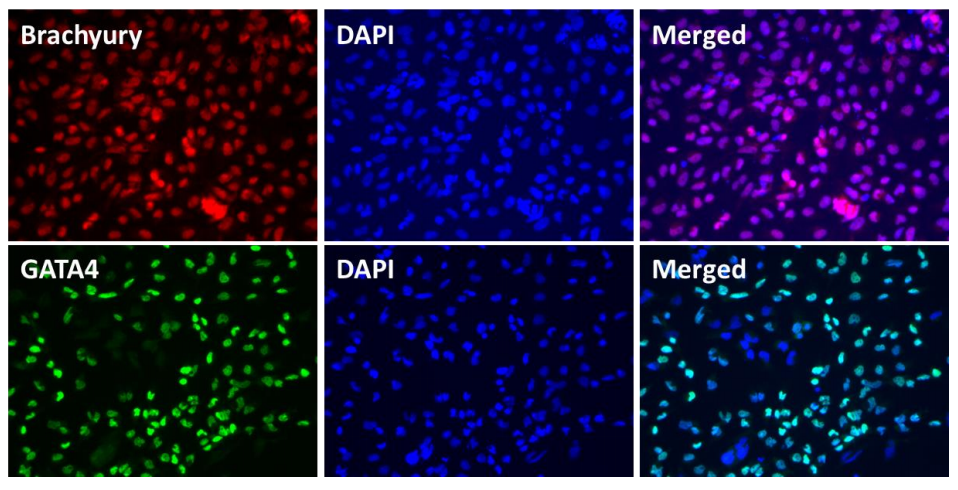 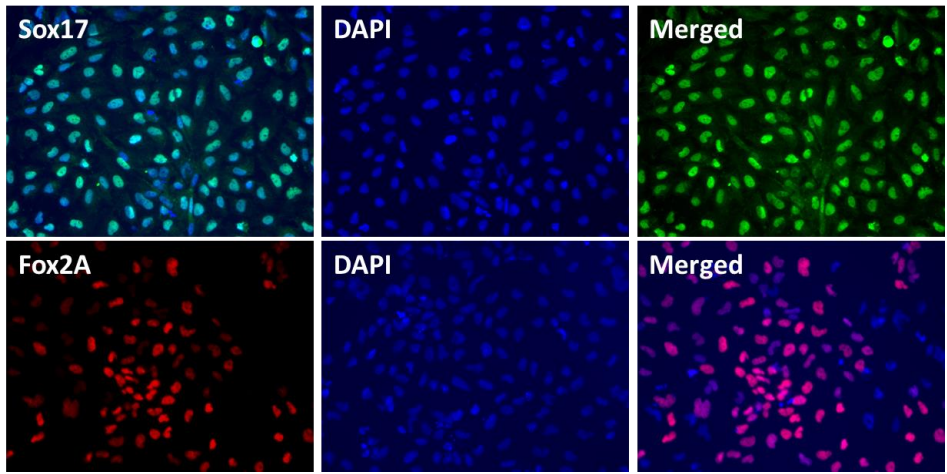