Cytokines are cell-to-cell signaling proteins that play a central role in immune development and responses, and its dysregulation is associated with a several diseases such as autoimmune and inflammatory disorders, chronic infections and even cancer. Applied StemCell offers research-ready, mouse models expressing humanized cytokine genes for studying the underlying mechanisms of immune response and inflammation as well as for immunotherapy and oncology efficacy studies and drug screening.

IL (interleukin)-6 is a pleiotropic cytokine that is critical for B cell differentiation and regulation of immune and inflammatory responses. IL-6 functions by forming a protein complex with the IL-6R (IL-6 receptor) and the ubiquitously expressed signal transducer receptor subunit, gp130 which triggers the JAK/STAT pathway. Dysregulation of the IL6 or IL6R expression has been implicated in several inflammatory diseases such as Castleman’s disease, rheumatoid arthritis, diabetes mellitus, and in autoimmune diseases and certain types of cancer. 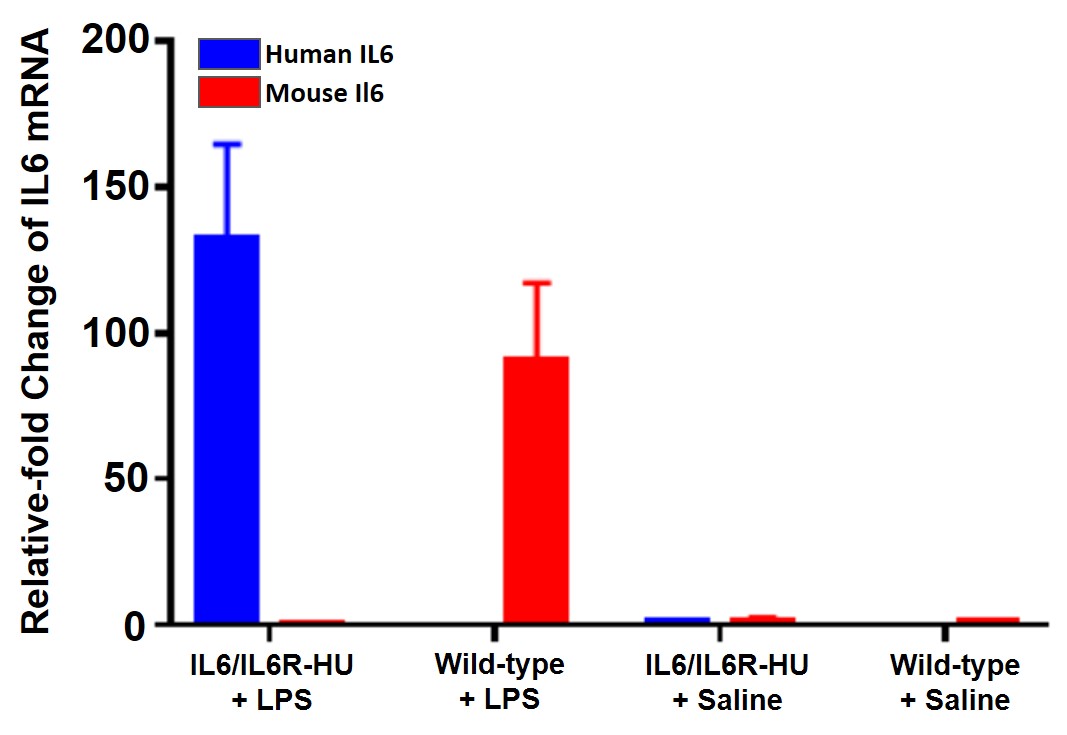 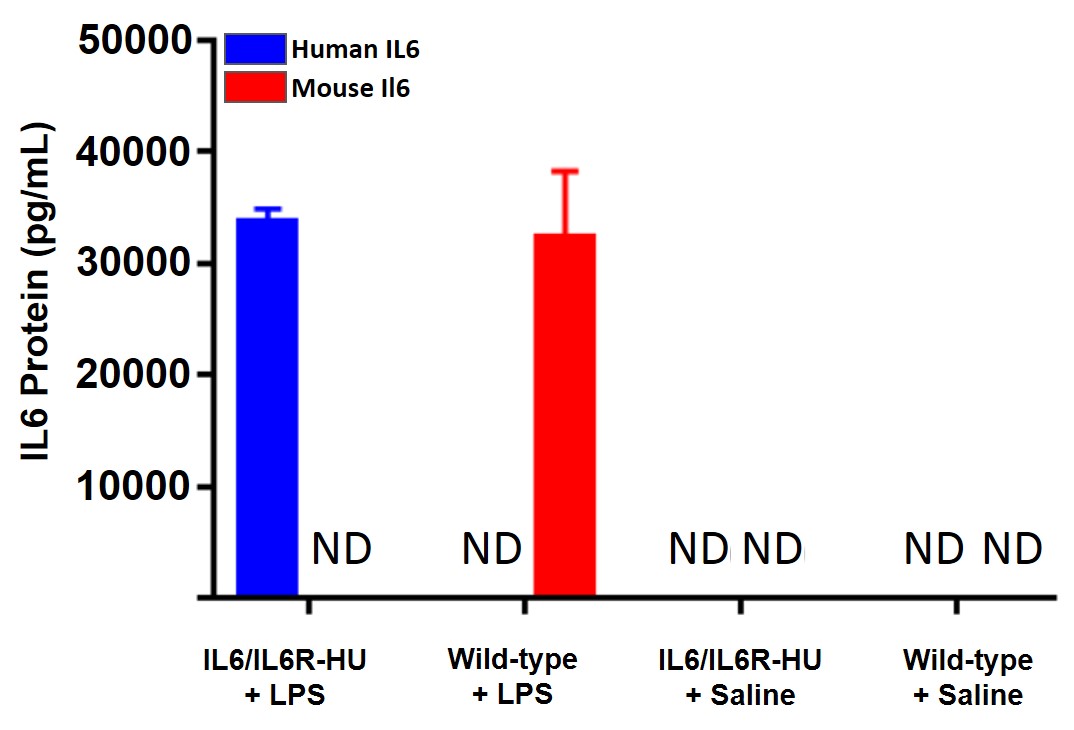 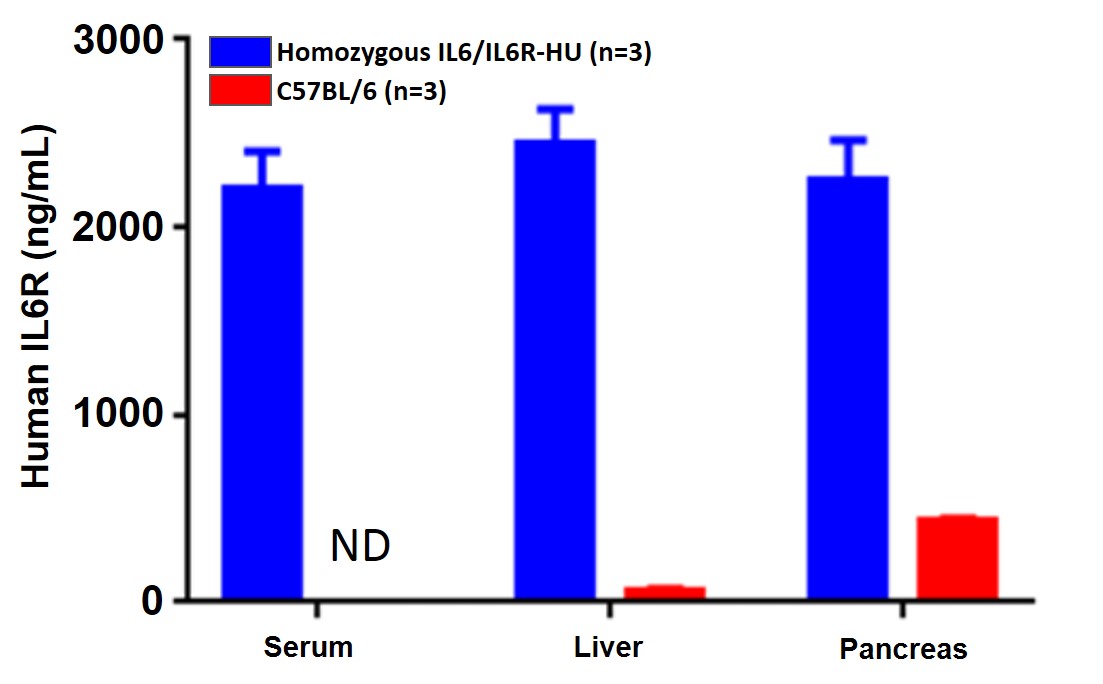 Figure 3. Expression of IL6R in humanized IL6&IL6R (IL6/IL6R-HU) homozygous mice and wildtype (C57BL/6) mice was measured by ELISA. Human IL6R expression was detected in serum, liver and pancreas collected from the humanized mice with significantly lower in wildtype mice.